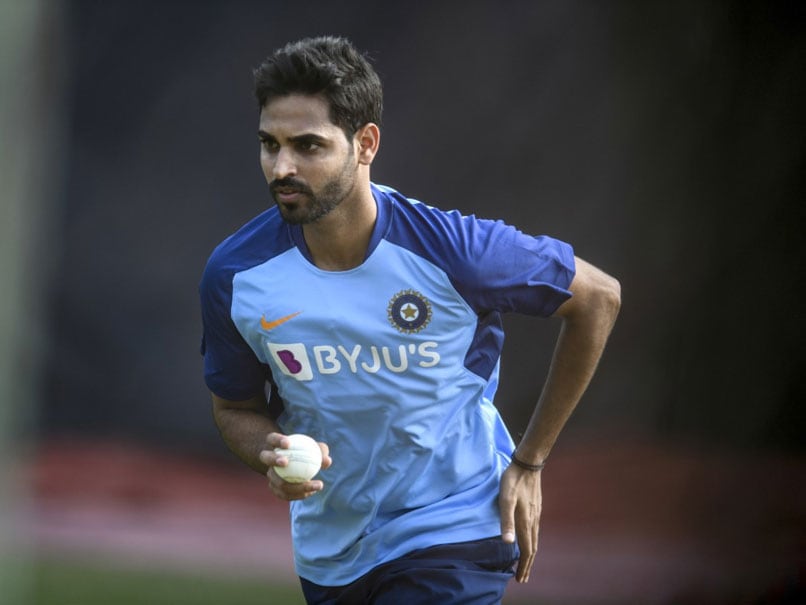 Bhuvneshwar Kumar picked up two wickets in the final T20I against the West Indies. © AFP

Senior India speedster Bhuvneshwar Kumar has been ruled out of the upcoming three-match ODI series against the West Indies due to an injury he suffered in the just-concluded T20I series. Mumbai pacer Shardul Thakur is set to be named Bhuvneshwar’s replacement for the three-match series starting in Chennai on Sunday. “Bhuvneshwar has been ruled out of the series and Shardul will be replacing him,” a senior BCCI functionary privy to development told PTI on conditions of anonymity. Shardul was in the T20 squad for the Bangladesh series and till Thursday was playing the Ranji Trophy game against Baroda.

The exact nature of the injury is not yet known though it is believed to either a side strain or hamstring issue.

Bhuvneshwar had a below-par comeback by his standards as he went wicketless for 36 runs (identical figures) in the first two games while ending with 2 for 41 in four overs in the final game.

Bhuvneshwar, who had a couple of months lay-off due to a hamstring injury and side-strain, has again suffered a setback only three matches into his comeback.

What Can You Actually Control…