Paul Pogba is having the best season of his career.

The Frenchman netted either side of the break. He ditched his long penalty run-up and went for a more conventional approach, converting both penalties in tidy fashion. 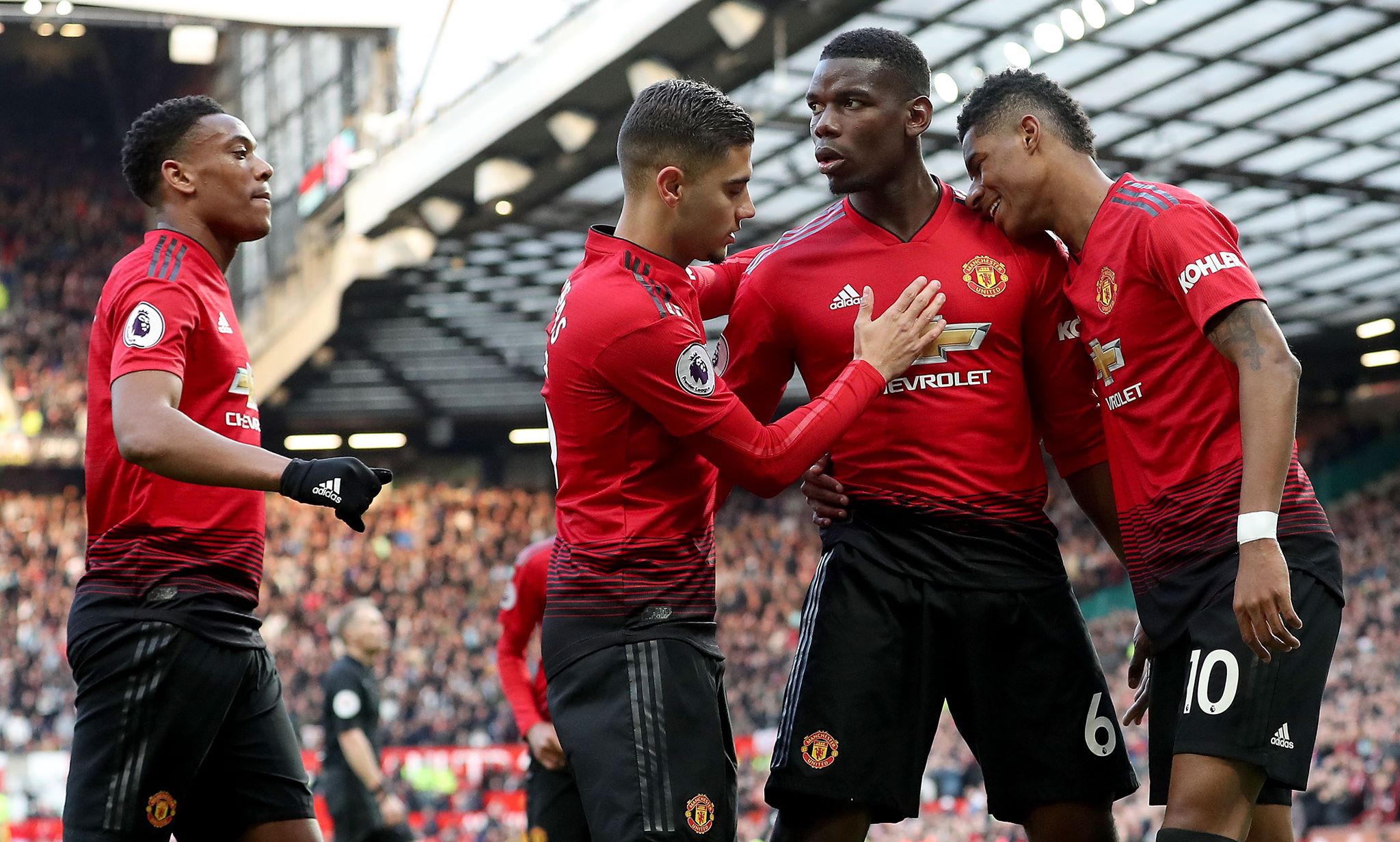 His statistics from Saturday’s game makes for great reading.

Pogba now has an impressive 13 league goals to his name not to mention nine assists. In all competitions, he’s scored 16 goals.

And since Ole Gunnar Solskjaer took over at Old Trafford, Pogba has starred for the Reds.

From scoring the most goals to the most assists.

16 – Best goalscorers for Manchester United in all competition this season:

Meanwhile, United move above Arsenal to fifth place with 64 points on the board.

United resume their Champions League campaign by facing Barcelona in the return leg on Tuesday. They trail by one-goal ahead of the second leg at the Camp Nou.

Nasir Jabbar is a journalist at SPORTbible. He graduated from Bath Spa University with a BA in Media Communications. He’s a combat sport aficionado, and has contributed to MMA websites AddictedMMA and CagePotato. Nasir has covered some of the biggest fights, while interviewing the likes of Conor McGregor, Michael Bisping and Anthony Joshua. He’s also an avid Bristol City fan.