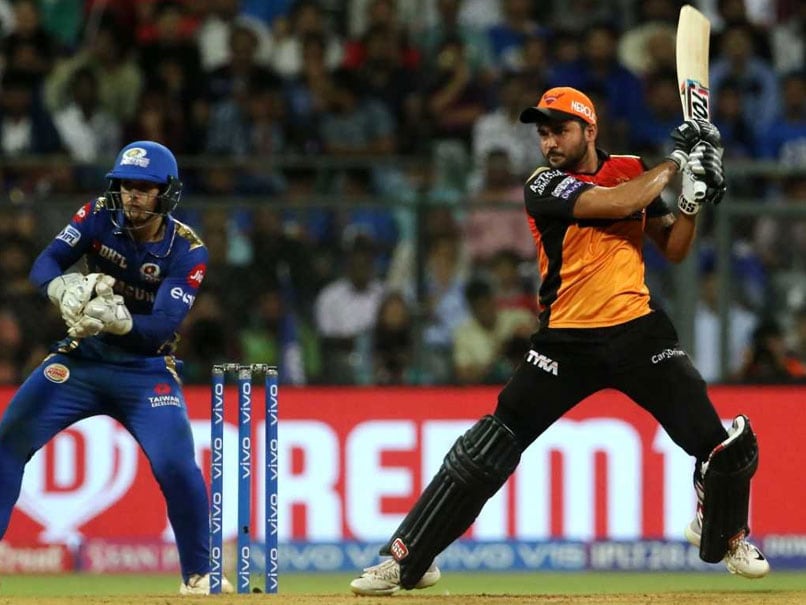 Mumbai Indians defeated SunRisers Hyderabad (SRH) in super over after both teams finished their innings at 162 runs. Manish Pandey hit six off the last ball of the innings to take the match to the super over wherein batting first SRH lost two wickets for eight runs, giving Mumbai Indians a nine-run target to win the match. Earlier, SunRisers Hyderabad (SRH) openers Wriddhiman Saha and started explosively chasing a modest target of 162 against Mumbai Indians. Saha fell in the fourth over with scoreboard reading 40. Martin Guptill also fell to Jasprit Bumrah in the sixth over. Skipper Kane Williamson too departed cheaply. Thereafter, Manish Pandey and Vijay Shankar brought them back with a brief partnership. Krunal Pandya dismissed both Williamson and dented their chase. But resilient Pandey was joined by Mohammad Nabi and they both stretched the game deep to super over. Earlier, Mumbai Indians skipper Rohit Sharma won the toss and elected to bat in a crucial encounter against SunRisers Hyderabad in Mumbai. (SCOREACRD)

Breaking down every player on…

How LSU turned its defense…