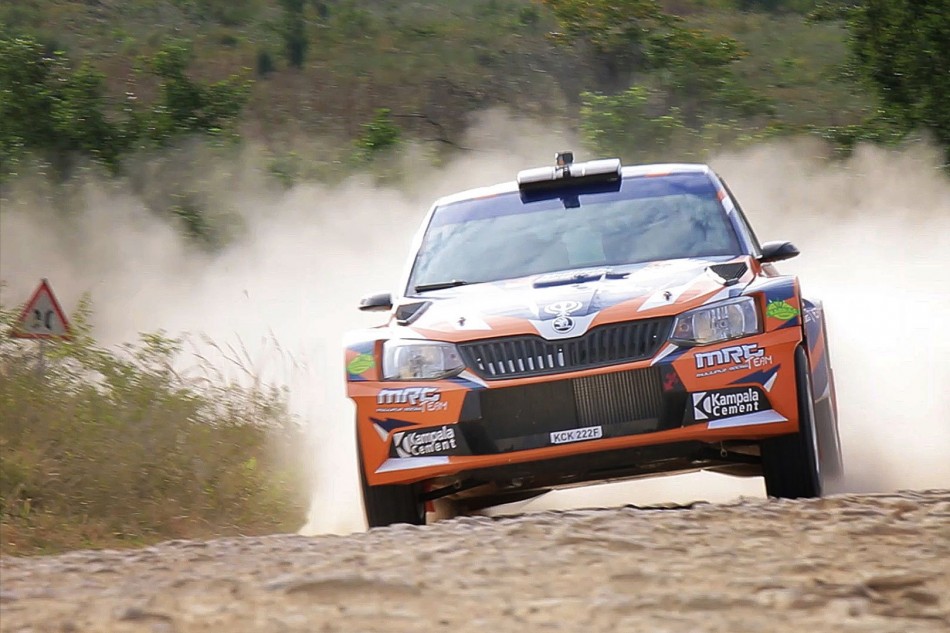 The first half of August delivered thrilling action across the globe with rounds of the regional rally championships in Africa, Portugal and Poland.

Following the Safari Rally, which took place in Kenya in July, Uganda hosted on the first weekend of August the fifth round of the FIA Africa Rally Championship, baptised the “Pearl of Africa Rally”.

Kenya’s Manvir Baryan, navigated by his British co-driver Drew Sturrock, fought off stiff opposition from his Ugandan rivals aboard his Škoda Fabia R5 to take his third consecutive victory on the event, also adding the 2019 African Rally Championship crown to his 2018 and 2017 titles. Škoda Motorsport succeeded in winning the manufacturers’ title, with a lead of 106 points ahead of Subaru (all subject to publication of the final results by the FIA).

Two local crews – Yasin Nasser and Ali Katumba with a Subaru Impreza WRX, and Arthur Blick and George Semakula at the wheel of a Mitsubishi Lancer Evo X – completed the podium with second and third place respectively, more than 13 minutes behind the rally winner.

This year’s “Pearl Rally” again lived up to expectation, offering a unique challenge to the competing crews, with ten stages on the gravel roads of a private sugar cane plantation, 90 kilometres east of Kampala, totalling 210.98 competitive kilometres.

Baryan took the lead on Friday with only a small advantage over second-placed Jas Mangat and 2016 event winner Hasan Alwi in third. But the two Ugandan drivers had to retire on Saturday, due to an alternator problem for Mangat, and an engine issue for Alwi.
Two more rounds in the 2019 ARC, Rally of Tanzania in September and the Rwanda Mountain Gorilla Rally in October, will host the battle for the championship’s 2nd place. Zambia’s Leroy Gomes currently holds the provisional second place with 88 points, ahead of Kenya’s Baldev Chager (56 points), South Africa’s Hergen Fekken and Kenya’s Carl Tundo, tied with 50 points each.

Check out the Uganda Rally photo gallery and find more information on the FMU website. The 2019 African Rally Championship standings can be consulted here.

On the same weekend, Portugal’s island of Madeira hosted the 60th edition of Rali Vinho da Madeira, round four of the European Rally Trophy’s Iberian series, with a strong line-up of 38 cars at the start.

Madeira’s local Alexandre Camacho and his co-driver Pedro Calado, armed with their Škoda Fabia R5, claimed their third consecutive victory. Spain’s Pepe Lopez and Borja Rozada finished second with a Citroën C3 R5, ahead of another Portuguese crew, Bruno and Hugo Magalhães, winners of the 2014 and 2015 edition.

Setting the fastest time in 13 of the 19 special stages, the Škoda Fabia R5 driver dominated the field on the 209.16 kilometres of tarmac roads. His strongest opponent, Pepe Lopez, fought hard and even led the rally at one point. Magalhães, at the top spot at the end of the competition’s first day, ended up facing difficulties with his tyres and did not manage to find the pace to challenge his two rivals ahead.

Watch the photo selection and visit the Rali Vinho Da Madeira’s website for more information on the event. The European Rally Trophy standings can be consulted here.

Last weekend, the rally action was in full swing in the South East of Poland with Rally Rzeszów, round 5 of the European Rally Trophy Central.

Grzegorz Grzyb, navigated by Robert Hundla in a Škoda Fabia R5, top-scored on the tarmac event. The Polish champion from Rzeszów and four-time champion of Slovakia crossed the finishing line with a lead of 20.6 seconds over his fellow compatriots Miko Marczyk and Szymon Gospodarczyk, also driving a Fabia R5. Frenchmen Bryan Bouffier and Xavier Panseri placed their Hyundai i20 R5 on the third step of the podium, almost a minute behind the rally winners.

The fate of the battle was decided in SS8 on Saturday morning. Leader after SS7 with three stage wins, Bouffier made a driving mistake and rolled. Helped by spectators to put his car back onto its wheels, the five-time Rally Rzeszów winner could not make up for the  loss of over one minute and although he won the last two tests, he could only take third place in the final classification.

Clocking up five fastest times out of 11 stages, Grzegorz Grzyb made no major mistake and claimed his third victory on the event in which he competed 21 times. For his second only attendance in the rally, Miko Marczy put in a strong performance, claiming the stage win in SS9 and second place overall.

Next up on the FIA ERT Central calendar: Slovenia’s Rally Nova Gorica on 19-21 September, the penultimate round of the Central Rally Trophy.

Check out the photo gallery. For more information about Rally Rzeszów, go to the event website. The FIA European Rally Trophy standings can be found here.

While the battle for the overall FIA European Rally Championship is still wide open with three events left, this week’s Barum Rally takes on huge importance for five young hopefuls aiming to prove they have the talent to take title glory in the ERC1 Junior and ERC3 Junior categories.

The sealed-surface event based in Zlín in South Moravia, from 16-18 August, marks the deciding rounds of the ERC’s two young driver divisions when two prize packages, each worth 100,000 euros, will be up for grabs.

Briton Chris Ingram and Czech Filip Mareš will face off for the ERC1 Junior crown – the class for drivers in R5 cars aged 28 and under. As well as a prestigious FIA title, the winner will get 100,000 euros to contest the season closing ERC events in Cyprus and Hungary where they will bid for overall honours. ERC3 Junior, meanwhile, is a three-way fight for glory between Estonia’s Ken Thorn, Spaniard Efrén Llarena and Norwegian Sindre Furuseth. Drivers aged 27 and under compete in R2 cars on Pirelli tyres.

Ever-present in the ERC since the championship’s streamlining in 2004, Rally Barum is a tarmac test like no other due to the bumpy and sometimes broken nature of the roads. While the weather might be hard to predict, huge numbers of fans follow the action, especially on the opening night-time Zlín Superspecial stage.

And there’s a packed entry this year again, featuring some of the best drivers from Czech Republic, Europe and beyond. Fifty-seven crews with priority status appear on the list of registrations, which total 137 entries across all events.

All you need to know about Rally Barum and the FIA ERC championship on the FIA ERC website. The FIA ERC standings can be consulted here.

The Celtic Rally Trophy will also resume this weekend as the Ulster Rally hosts the penultimate round of the closely-fought series with nine stages on the narrow, bumpy lanes of Northern Ireland.

Despite the summer August calendar date, the changeable weather conditions provide the biggest challenge for the crews as the first half of the stage could be bone dry, while the final section could be subject to a downpour – making tyre choice and driving style all-important.

Reigning British Champion Matt Edwards will travel across the Irish Sea with high hopes after his 2018 success on the event and recent win on the Ypres Rally in Belgium. Along with co-driver Patrick Walsh, the British pairing will be looking to put their Ford Fiesta R5 on the top step to give a boost to their sixth place in the ERT Celtic classification.

Fellow countryman Tom Cave last visited the Ulster Rally in 2016 and will be giving it everything to go head—to-head with Edwards on the iconic tarmac. The Hyundai i20 R5 star currently holds 2nd place in the Celtic Rally Trophy after three rounds.

Beside them, a whole host of local stars who will be eager to put the cat amongst the pigeons in order to stamp their own mark on the 2019 Ulster Rally.

Choose F1 Experiences for the…

Why the FIA believes Mercedes…

Tech insight: What does Mercedes…